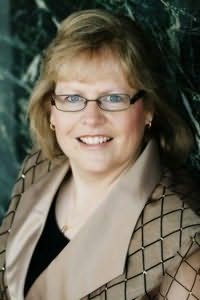 Janelle Mowery coordinated and wrote for the Children's Ministry of a Christian website called The Invisible Connection. When the holder of that site discontinued the ministry and website in the year 2000, she began writing inspirational fiction romance novels. Janelle became a member of American Christian Fiction Writers in the year 2002 and is an active member and leader in one of their critique groups, which has provided many opportunities for growth and development. In 2003, she entered her first novel in the Noble Theme contest and was named one of the top ten finalists in the historical category. In 2004, she had a short story titled 'A Fair Chance' published in the e-magazine, Romancing the Christian Heart. In 2005, her third novel, entered in the San Gabriel Writers' League 'Writing Smarter' Contest, won first place. Also, Janelle's fifth novel made it to the top ten finalists in the Noble Theme contest.Janelle has been married twenty-one years and is the mother of two sons. She is a member of Sandy Point Bible Church and serves as Treasurer. She also assists in the church's teen program.