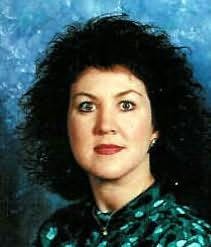 Laurie Moore was born and reared in the Great State of Texas, where she developed a flair for foreign languages. She's traveled to forty-nine U.S. states, most of the Canadian provinces, Mexico, and Spain. She majored in Spanish at the University of Texas at Austin, where she received her Bachelor of Arts degree in Spanish, English, and Elementary and Secondary Education. Instead of using her teaching certificate, she entered into a career in law enforcement in 1979. After six years of patrol work and a year of criminal investigation, she made Sergeant, and worked as a District Attorney investigator for several DAs in the Central Texas area over the next seven years. In 1992, she moved to Fort Worth and graduated from Texas Wesleyan University School of Law, where she received her Juris Doctor in 1995. She is currently in private practice in 'Cowtown,' and has a daughter at Rhodes, a destructive Siamese cat, and a sneaky Welsh Corgi. She is still a licensed, commissioned peace officer. Laurie has been a member of the DFW Writers Workshop since 1992, and currently serves on the Board of Directors. She is the author of Constable's Run, Constable's Apprehension, and The Lady Godiva Murder. Writing is her passion.