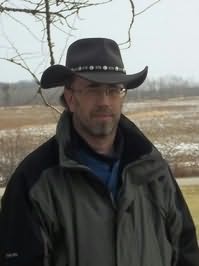 aka Cliff Ryder
Best-selling author and editor Russell Davis has written and sold numerous novels and short stories in virtually every genre of fiction, under at least a half-dozen pseudonyms. His writing has encompassed media tie-in work in the TRANSFORMERS universe to action adventure in THE EXECUTIONER series to original novels and short fiction in anthology titles like UNDER COVER OF DARKNESS, LAW OF THE GUN, and IN THE SHADOW OF EVIL. In addition to his work as a writer, he has worked as an editor and book packager, and created original anthology titles ranging from westerns like LOST TRAILS to fantasy like COURTS OF THE FEY. He is a regular speaker at conferences and schools, where he teaches on writing, editing and the fundamentals of the publishing industry. A past president of the Science Fiction & Fantasy Writers of America, Russell now writes and edits full time, as well as teaches for Western State Colorado University in the MFA in Creative Writing program. His newest work, THE END OF ALL SEASONS, a collection of short fiction and poetry, came out in 2013, and he is presently working on several new projects.