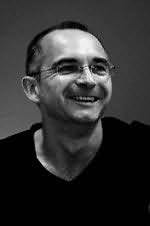 aka Roger Morris
Roger N Morris is an English writer and advertising copywriter. His short fiction has been published in a number of mainstream, genre, and literary publications. One of his short stories, "The Devil's Drum", appeared in the horror anthology Darkness Rising, and was subsequently made into an opera performed by the Solaris Musical Theatre Company in the Purcell Room on London's South Bank.