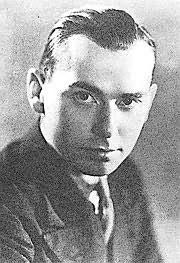 He was born into a Roman Catholic family, resident at 53 Montserrat Road, Putney. He was educated at the Benedictine Ealing Priory School, but left school at the age of 15 after his father, Stanhope Sprigg, lost his job as literary editor of the Daily Express. Caudwell moved with his father to Bradford and began work as a reporter for the Yorkshire Observer. He made his way to Marxism and set about rethinking everything in light of it, from poetry to philosophy to physics, later joining the Communist Party of Great Britain in Poplar, London.

In December 1936 he drove an ambulance to Spain and joined the International Brigades there, training as a machine-gunner at Albacete before becoming a machine-gun instructor and group political delegate. He edited a wall newspaper.

He was killed in action on 12 February 1937, the first day of the Battle of the Jarama Valley. His brother, Theodore, had attempted to have Caudwell recalled by the Communist Party of Great Britain by showing its General Secretary, Harry Pollitt, the proofs of Caudwell's book Illusion and Reality. Caudwell's Marxist works were published posthumously. The first was Illusion and Reality (1937), an analysis of poetry.

Caudwell published widely, writing criticism, poetry, short stories and novels. Much of his work was published posthumously.
Novels
The Kingdom of Heaven (1929)
Crime in Kensington (1933)
aka Pass the Body
Fatality in Fleet Street (1933)
Death of an Airman (1934)
The Perfect Alibi (1934)
The Corpse with the Sunburnt Face (1935)
Death of a Queen (1935)
The Six Queer Things (1937)