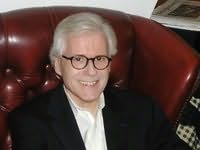 (b.1951)
Thomas Mallon is a novelist, critic and director of the creative writing program at The George Washington University.

He attended Brown University as an undergraduate and earned a Master of Arts and a Ph.D. from Harvard. He received the Ingram Merrill Foundation Award in 1994 and won a Rockefeller Fellowship in 1987. Mallon taught English at Vassar College from 1979-1991.

Mallon is the author of the novels Henry and Clara, Two Moons, Dewey Defeats Truman, Aurora 7, Bandbox, and most recently Fellow Travelers; as well as writing four works of nonfiction. He is a former literary editor of GQ, where he wrote the "Doubting Thomas" column for ten years, and has contributed frequently to The New Yorker, The New York Times Magazine, The Atlantic Monthly, The American Scholar, and Harper's. He was appointed a member of the National Council on the Humanities in 2002 and became Director of Preservation and Access of the National Endowment for the Humanities in 2004. He then served as Deputy Chairman of the NEH.

He lives in Foggy Bottom, a neighborhood in Washington, DC.