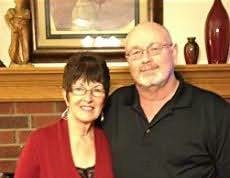 AJ Newman has published 28 novels on Amazon. He considers himself a storyteller rather than an author. He likes to write his stories as though he is telling his fans a story around a campfire. He's not into political correctness and grammar nazis. If you are a grammar nazi move on and hassle some other poor author.

He was born and raised in a small town in the western part of Kentucky. His Dad taught him how to handle guns very early in life and he and his best friend Mike spent summers shooting .22 rifles and fishing.

He read every book he could get his hands on and fell in love with science fiction. He graduated from USI with a degree in Chemistry and made a career working in manufacturing and logistics, but always fancied himself as an author. He served six years in the Army National Guard in an armored unit and spent six years performing every function on M48 and M60 army tanks. This gave him a great respect for our veterans who lay their lives on the line to protect our country and freedoms.

He currently lives just outside Owensboro, Kentucky with his wife Patsy and their four tiny mop dogs, Sammy, Bennie, Cotton, and Callie. Three of them are rescue dogs.