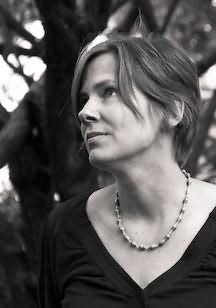 Deb writes for adults and children, and is also an editor and photographer.

Her photography has been featured in the Boston Art Commission's Public Art Walk brochure/website, The Griffin Museum of Photography, The Sun: A Magazine of Ideas, and several of her own books.

Deb earned a B.A. in English from the University of Massachusetts and an MFA in Writing from Vermont College. She has taught writing and literature at Emerson College and Western New England College, and was a Visiting Writer in Lesley University's MFA in Writing for Young People program.

She's a regular faculty presenter at retreats and conferences, as both author and editor, including Society of Children's Book Writers and Illustrators (SCBWI) weekends in Alaska, Arizona, Florida, Iowa, Oklahoma, Texas, Washington, and Wisconsin as well as events for the Harvard Museum of Natural History, Vermont College, Big Sur Writers Workshop, the Women's National Book Association (WNBA), the Texas Book Festival, the Burlington Book Festival, the Salem Book Festival, Young Adult Library Services Association (YALSA), and others. In 2007, Deb was honored as one of the Boston Public Library's Literary Lights for Children.

Born in California, Deb spent her early years as a "military brat," living also in Maryland, Virginia, and Massachusetts. Over the years she's worked all manner of day jobs to support the writing habit -- from bartender and book reviewer to children's book editor and zookeeper. She's proud to report she's the only person she knows who's been bitten by a dwarf lemur.

"Jane Goodall and Dian Fossey were my idols growing up, and if I had another life to live (I imagine it often, this parallel life), I'd be a field biologist or trek around photographing invertebrates for National Geographic. I wanted rugged adventure, a wild and rambling, get-dirty sort of life, but for a lot of years I ended up in a fairly settled way instead, raising a family and writing ghost stories in my pajamas. Nature and restlessness cropped up often in my writing as favorite themes though, and reading and writing continue to be the adventure of a lifetime."

Collections
We Are All His Creatures (2020)