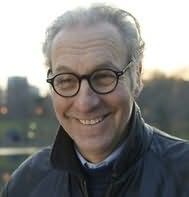 aka Morton Rhue
Shortly after Todd was born in New York City his parents moved to Roslyn Heights, New York (Long Island). Todd went to the I.U. Willets Elementary school and then attended the Wheatley School for junior high and high school. His best subject was science. He also liked to read, but had difficulty with spelling and grammar, and struggled in English. His favorite sports were tennis, skiing, and fishing.

He studied literature and writing at Beloit College. After college, Todd worked as a reporter at the Middletown Times Herald-Record newspaper in Middletown, New York, and later at Compton Advertising in New York City.

Todd now divides his time between Westchester and Montauk, NY. He likes to read and watch movies, spend time with his grown children, play tennis and ski, but his favorite new sport is surfing.