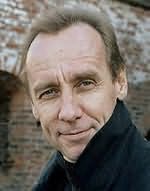 Sweden (b.1950)
Håkan Nesser was awarded the 1993 Swedish Crime Writers' Academy Prize for new authors for his novel The Mind's Eye (published in Sweden as The Wide-Mesh Net); he received the best novel award in 1994 for Borkmann's Point and in 1996 for Woman with Birthmark. In 1999 he was awarded the Crime Writers of Scandinavia's Glass Key Award for the best crime novel of the year for Carambole. His novels have been published to acclaim in nine countries. Nesser was born in Sweden, where he lives with his wife and two sons.