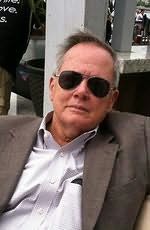 (b.1949)
Struck by either an epiphany or a midlife crisis, Howard Owen wrote his first novel, "Littlejohn," at the age of 40. The first draft took him about 100 days. At the time, Owen was sports editor of a daily newspaper.
He is now editorial page editor of The Free Lance-Star in Fredericksburg, Virginia. He has never taken a sabbatical, adhering instead to a schedule that includes about an hour a day for writing or revising.
He finds that it is possible to do great things with an hour a day, every day.
Owen's tenth novel, "Oregon Hill," published in 2012, won the Hammett Prize for best crime literature in the U.S. and Canada, given by the International Association of Crime Writers.