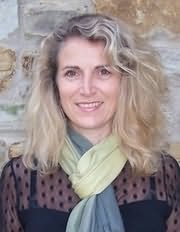 (b.1970)
Caroline Roberts had been writing for 10 years and had numerous rejections before major publisher HarperCollins offered her a deal and her first paperback came out earlier this year. Her book has been featured in Waterstones summer promotion and was nominated for a Romantic Novelists Association award.

Despite the nomination, The Torn Up Marriage is not a traditional romantic novel. It deals with the breakup of a marriage and the impact of the betrayal on all the characters. It is set in and around Alnwick so it has a local flavour.

Caroline now writes full-time and is working on her next novel. She will discuss and read from her work, and chat about getting inspired and what being a writer is all about.

Finding Henry Applebee (2019)
Celia Reynolds
"I found it to be an emotional and heartwarming story which had a quiet joyfulness about it. About life and love and relationships … about second chances and it never being too late. The characters were wonderfully drawn, and I warmed to them all."
Visitors to this page also looked at these authors
Carole Matthews
Heidi Swain
Cathy Bramley
Cressida McLaughlin
Milly Johnson
Jenny Colgan
Ali McNamara
Trisha Ashley
Lucy Diamond
Holly Martin
Phillipa Ashley
Debbie Johnson
Veronica Henry
Sarah Morgan
Holly Hepburn
Katie Fforde