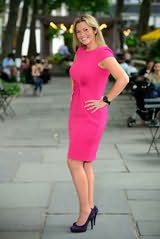 Ali McNamara's debut novel From Notting Hill with Love...Actually was published in 2010 to much acclaim. She has since published four further novels, including two more in the Notting Hill series.

Ali has had much overseas success with her novels - particularly Breakfast at Darcy's which was a Top Ten bestseller in Italy. Her novel Step Back in Time was nominated for Best Romantic Comedy at the Romantic Novelists Association awards in 2014.

Ali's next novel The Little Flower Shop by the Sea will be published in July 2015.

Ali lives in Cambridgeshire with her family and two Labradors. When she isn't writing, she likes to travel, read, and people watch, more often than not accompanied by a good cup of coffee!
Her dogs, and a love of exercise keep her sane!

The Oyster Catcher (2014)
Jo Thomas
"A heart-warming tale full of Celtic charm, set against a beautiful landscape. What more could you wish for?"