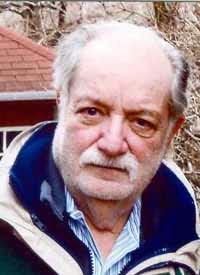 aka Roger Jewett
Irving Greenfield was born in Brooklyn, New York. He was a youthful runaway, a merchant seaman, and a soldier during the Korean War, afer which his writing talent burst into print. His novel, The Ancient of Days, was a best-seller for six weeks and Tagget was made into a film for TV. his work has appeared in a variety of media, but, of all his works, Only the Dead Speak Russian is his masterpiece.

Genres: Thriller, Western
Series
Chronicles of Ronstrom the Builder
The Ancient of Days (1972)