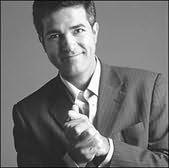 (b.1950)
A New York Times Notable Book author, Emmy-nominated TV reporter and screenwriter, Alex Abella is the author of Soldiers of Reason: The Rand Corporation and the American Empire, a study of the world's most influential think tank, published by Harcourt. Alex was the first journalist to have full access to RAND's files in Santa Monica, California.

Abella's non-fiction work includes Shadow Enemies, a non-fiction account of a plot by Adolf Hitler to start a wave of terror and destruction in the United States.

Born in Cuba, Alex migrated with his family to the United States at age 10. Alex grew up in New York City, winning a Pulitzer Scholarship to Columbia University. Moving to California, Alex joined The San Francisco Chronicle as a general assignment reporter. Later Alex switched to electronic media and was hired at KTVU-TV, Channel 2 News, where he became producer, writer and reporter and was nominated for an Emmy for Best Breaking News Story.

Alex moved to Los Angeles in the late 1980s to pursue a writing career. While in Los Angeles he worked as assistant to a private investigator and as a Los Angeles Superior Court interpreter. His experiences inspired him to write a legal thriller, The Killing of the Saints, featuring a Cuban-American hero, Charlie Morell, who's a lawyer and private investigator. The novel, published by Crown in 1991, was a New York Times Notable Book. Paramount Pictures optioned The Killing of the Saints and commissioned Alex to write the screenplay.

Alex's second novel, The Great American, was published by Simon & Schuster in 1997. The Great American recounts the true adventures of William Morgan, a U.S. Marine who fought in the mountains of Cuba with Fidel Castro. The sequels to The Killing of the Saints, Dead of Night and Final Acts, were published in quick succession. The trilogy has won praise from critics and prominent writers such as Michael Connelly, T. Jefferson Parker and Robert Ferrigno.