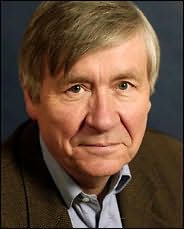 (b.1941)
Novelist and playwright Piers Paul Read was born in Beaconsfield, England on March 7, 1941. He was educated by Benedictine Monks at Ampleforth College, York and also at St. John's College, Cambridge.

Piers Paul Read is a Fellow of the Royal Society of Literature, and a member of the Council of the Society of Authors. He has also written a number of television plays, and several of his novels have been adapted for film and television. He lives in London.

The Society of Others (2004)
William Nicholson
"A novel I would dearly love to have written... Exciting, funny, wise, and beautifully written... Nicholson has to my mind established himself with this first work of adult fiction as one of the best novelists around."