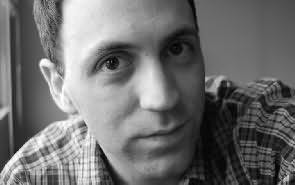 DANIEL KRAUS is a Chicago-based writer and filmmaker. He is the director of six feature films, including Sheriff (2006 season premiere of PBS's Emmy-winning "Independent Lens") and Musician (2007 New York Times Critics' Pick). His first novel, The Monster Variations, comes out in August from Random House/Delacorte. His second novel, Rotters, will come out from Random House/Delacorte in 2011. He has written regularly for such magazines as Cosmopolitan, Playboy, Maxim, and Salon.com.

Take Me With You (2020)
Tara Altebrando
"A blistering, plausible, paranoia-fueled tale about the monsters birthed by our digital footprints."

The Seventh Mansion (2020)
Maryse Meijer
"Maryse Meijer's The Seventh Mansion is one of the best books I've read in years. I feel like I've been waiting all my life for this book, like it was written specifically for me. It does what I treasure most in fiction: it takes the grotesque and makes it gorgeous. It humanizes all of us by humanizing one of us. Meijer makes the unholy holy, turns the grim dark into the blinding light. I don't recall reading a book simultaneously so horrifying and so romantic. This book made me dizzy with writer's envy and did that most wonderful of things: it made me want to try harder, be better. The Seventh Mansion is aflame with passion and I want to burn inside it forever."
Visitors to this page also looked at these authors
Oakley Hall
Richard S Prather
Chris Collett
Jonathan Maberry
Kim Liggett
Heidi Heilig
Caroline Bale
Orson Scott Card
Neil Gaiman
Madeleine L'Engle
Terry Brooks
Diana Gabaldon
Anthony Horowitz
Scott Westerfeld
Philip Pullman
James Patterson