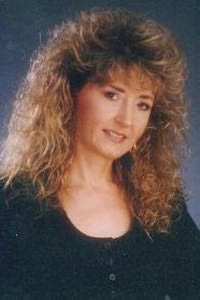 Renée Rozsel is married. To a guy. An Engineer. When they were first marriedRenée asked her hubby how much he loved her, and he said, "50 board feet."Renée tells us she was in heaven. She assumed '50 board feet' was somethingakin to 50 light years you know, the length of time it would take a board totravel to the sun or something times 50. Okay, so Renée admits she's no mathwhiz. It took a lot of years before she found out 50 board feet actuallymeant 50 feet of board. She confronted her husband with this knowledge,demanding, "You mean, when we were first married, and you were at your mostpassionate, most adoring, that was all you could come up with You loved me50 board feet?" But Renée admits it was her own fault. When she was dating,she specifically looked for a man who was good in math. She was so lousy atit, she had a horror of ever having to help children of her own with theirarithmetic. So, once a man she dated let it slip that he couldn't multiplyin his head, it was goodbye Sailor! If you want to know how Renée's'looking-for-Mr.-Sliderule' worked out, well, by the time her children werefifth graders, they were better in math than either she or her husband.Besides that, they also spelled better. As it turned out, by marrying asmart man, Renée says she got an unexpected bonus! Smart kids! Who'dathought?

You may have already discovered one reason Renée loves writing romances.Yes, she can make up dialogue for the hero that bears no resemblance at allto 'I love you 50 board feet, darling.' Another reason Renée says she loveswriting romances is because they're feel-good books. They help women findbetter, stronger paths in life. Renée says even she has become stronger dueto writing spunky heroines. Once, when she was being belittled for what shewrote, she was preparing to be defensive, backing away flinching, whensuddenly, in her mind, she screamed at herself, "Good grief, Renée, yourheroine wouldn't be cringing and cowering like this!" So she stood up to thewoman who was disparaging her, telling her what she really thought.Interestingly, instead of getting a scowling dressing-down, the disparagerblinked, stuttered and disappeared into the crowd. Ah, power! The power ofhaving the courage of our convictions. Renée firmly believes that's whatromance novels help us find those of us who read them, as well as those ofus who write them. So now you know who Renée is and why she loves what shedoes. Oh, one other thing Renee adds, "I love you 50 board feet...."

With over eight and a half million book sales worldwide, Renee Roszel hasbeen writing for Mills & Boon and Silhouette since 1983. She has over 40published novels to her credit. Renée's books have been published in foreignlanguages in far-flung countries ranging from Poland to New Zealand, Germanyto Turkey, Japan to Brazil.

Omnibus
Bride On The Loose / Married After Breakfast (1999) (with Colleen Collins)
Cowboy Country (2002) (with Judith Bowen)
Christmas, Kids and Kisses (2006) (with Diana Hamilton and Kate Walker)

White Wedding
Bridegroom on Her Doorstep (2002)