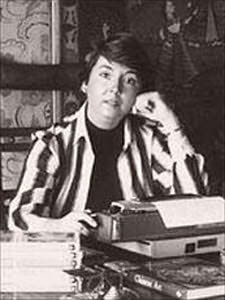 Australia
Margaret Way was born and educated in the river city of Brisbane, Australia. Before her marriage she was a well-known pianist, teacher, vocal coach and accompanist, but her hectic musical career came toa halt when her son was born and the demands of motherhood dictated a change of pace.

On a fortuitous impulse she decided to try her hand at romance writing and was thrilled when Mills & Boon accepted her first effort, Time of theJacaranda, which they published less than a year later in 1970; a feat that brought tears to her father's eyes. Some seventy odd books have followedresulting in a loyal readership whose letters provide a source of support and encouragement. A driving force in all her writing has been the promotion of her much loved country, Australia. She delights in bringing it alive for her readers; its people, way of life, environment, flora and fauna. Her efforts so far have not excited official recognition, but she expects oneday she will be awarded the "Order of Australia."

Her interests remain with the arts. She still plays the piano seriously, but her "top Cs" have gone. She is still addicted to collecting antiques and paintings and browsing through galleries. She now lives within sight and sound of beautiful Moreton Bay and its islands, inspiration for some of her books. Her house is full of books, spectacular plants, Chinese screens andpots. She is devoted to her garden and spends much time "directing the design and digging and providing cold drinks and chocolates."