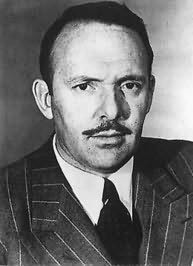 Born Robert Chester Ruark, Jr., to Charlotte A. Ruark and Robert C. Ruark, a bookkeeper for a wholesale grocery, young Ruark attended local schools and graduated from New Hanover High School in Wilmington, North Carolina. He graduated from high school at age 12 and entered the University of North Carolina at age 15. The Ruark family was deeply affected by the Depression, but despite his families' financial travails, he earned a journalism degree from the University of North 'Carolina at Chapel Hill.

During World War II Ruark was commissioned an ensign in the United States Navy. Ruark served ten months as a gunnery officer on Atlantic and Mediterranean convoys.After the war Ruark joined the Scripps-Howard Newspaper Alliance. As the New York Times said, Ruark was "sometimes glad, sometimes sad, and often mad--but almost always provocative." Some of his columns were eventually collected into two books, I Didn't Know It Was Loaded (1948) and One for the Road (1949).As he grew in notoriety, Ruark began to write fiction; first for literary magazines, and then his first novel, Grenadine Etching in 1947.

After he began to gain success as a writer, Ruark decided that it was time to fulfill a lifelong dream to go on safari to Africa. Ruark took an entire year off and began a love affair with Africa.As a result of his first safari, Ruark wrote Horn of the Hunter, in which he detailed his hunt.

In 1953, Ruark began writing a column for Field & Stream magazine entitled ''The Old Man and the Boy''. Considered largely autobiographical (although technically fiction), this heartwarming series ran until late 1961.

Ruark's first bestselling novel was published in 1955. It was entitled Something of Value and was about the Mau Mau Uprising in Kenya.

Sometimes belittled as the poor mans Hemingway, Ruark has nevertheless retained a loyal following among fans of nature writing. Bland Simpson wrote that he produced some of the best portraiture in words of hunting, fishing and life in the field that we have.

Ruark died in London on July 1, 1965 most likely as a result of alcoholism.
Robert Ruark is buried in Palamos, Spain.