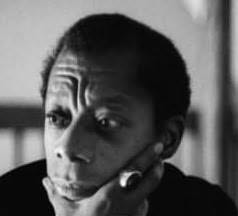 (1924 - 1987)
In 1953, a young James Baldwin published Go Tell It on the Mountain, winning acclaim as a literary star and one of the leading voices of the African-American experience. Although Baldwin would spend the bulk of his adult life in France, his writing always addressed the complexities at the heart of America, viewed through the lens of the consummate outsider.

City Of Night (1963)
John Rechy
"He tells the truth, and tells it with such passion that we are forced to share in the life he conveys."