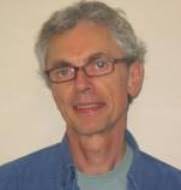 (b.1949)
Alex Shearer was born in Wick, in the far north of Scotland. His father was a blacksmith and his mother was a secretary. He enjoyed writing from an early age, and sold his first television script about thirty years ago. He went on to write several TV series, stage plays, radio plays and comedy scripts. Moving into writing for children, his novels BOOTLEG and THE GREATEST STORE IN THE WORLD were adapted for television by the BBC, and his 2003 novel THE SPEED OF THE DARK was shortlisted for the Guardian Children's Fiction Prize. He lives in Somerset and is married with two grown-up children.
Series
Callender Hill
Professor Sniff and the Lost Spring Breezes (1996)
The Summer Sisters and the Dance Disaster (1996)
Dr. Twilite and the Autumn Snooze (1996)
The Winter Brothers and the Missing Snow (1996)