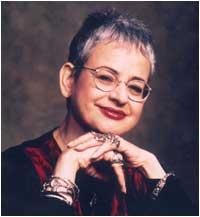 (b.1945)
Jacqueline Wilson was born in Bath in 1945, but spent most of her childhood in Kingston-on-Thames. She always wanted to be a writer and wrote her first "novel" when she was nine, filling countless Woolworths' exercise books as she grew up. Since having her daughter, Emma she has been writing full time.

Over 7 million copies of her books have now been sold in the UK alone. In a recent poll to find the Nation's Favourite Children's Book run by the BBC programme, Bookworm, Double Act was voted 10th and was the only contemporary title in the top ten. Jacqueline herself was voted 4th in the Treasure Islands Favourite Children's Author poll.

In June 2002 Jacqueline was given an OBE for services to literacy in schools.

Being Billy (2011)
Phil Earle
"Phil Earle writes starkly but sensitively in this brilliant page-turning novel. It moved me to tears."

The Explorer (2017)
Katherine Rundell
"Katherine Rundell just gets better and better. I loved The Explorer. On one level it's a very exciting adventure story of four children fighting for survival in the Amazon - but it's also saying profound things about human nature and love and loss."

The Restless Girls (2018)
Jessie Burton
"A magical modern retelling of an old fairytale - the exquisite text and illustrations work in perfect harmony."

Snow Foal (2019)
Susanna Bailey
"I absolutely love Snow Foal - it's so truthful, tender and touching. A book to read in a day and remember for a lifetime."