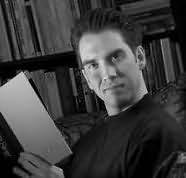 Canada (b.1967)
Arthur Gregory Slade is a Canadian author. He lives in Saskatoon in Saskatchewan, Canada. He was raised on a ranch in the Cypress Hills and began writing in high school. He attended the University of Saskatchewan in Saskatoon and received an English Honours degree in 1989. His first short story was published that same year. He then worked as a night auditor at a hotel for several months and as a copywriter for a radio station in Saskatoon for several years.

Slade became a full-time writer after the publication of his first novel for middle years, Draugr, followed by others such as Dust and Tribes. His novel Dust received the Governor General's Award for Children's Literature in 2001, and The Hunchback Assignments won the TD Canadian Children's Literature Award in 2010.