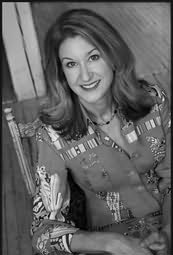 Christina Schwarz is the author of four previous novels, including The Edge of the Earth and the Oprah Book Club selection Drowning Ruth. Born and raised in rural Wisconsin, she lives in Southern California.

Necessary Lies (2013)
(Necessary Lies, book 1)
Diane Chamberlain
"Two girls names are carved inside a closet-what could have happened there? Set in the rich and morally complex territory of the rural South in 1960, the plot of this enthralling novel transfixed me from the very first pages, and its vivid and sympathetic characters haunted me long after the last. Chamberlain achieves that rare and irresistible combination: suspense and heart."

The Two-Family House (2016)
Lynda Cohen Loigman
"In a single, intensely charged moment, two women come to a private agreement meant to assure each other's happiness. But as Loigman deftly reveals, life is not so simple, especially when it involves two families, tightly intertwined."

The Gilded Years (2016)
Karin Tanabe
"Brilliant, beautiful, and kind, Anita Hemmings should be a perfect fit for Vassar College.But it s 1897, and while Anita appears to be Caucasian, her school would be scandalized if it knew her secret. In a story at once heartbreaking and uplifting, Karin Tanabe limns the tensions of a young woman s desire to participate fully in a world in which she doesn t dare reveal her full self, the myopia of a society twisted by soul-straitening rules, and the wonders and frustrations of the highest rung of women s education at the turn of the last century. Most impressive are the characters' emotional complexity; Tanabe understands that human relations are never so simple as black and white."
Visitors to this page also looked at these authors
Lisa Scottoline
Anita Shreve
Alice Sebold
Anne Rivers Siddons
Jeff Shaara
John Sandford
Karin Slaughter
Jane Smiley
Curtis Sittenfeld
Maria Semple
John Saul
Nora Roberts
Lisa See
Marcus Sakey
Allison Winn Scotch
Cathleen Schine