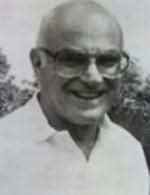 Born in New York City, Sobol is the son of Ira J. and Ida (Gelula) Sobol. Donald attended the NYC Ethical Culture Fieldston School and graduated from the Fieldston School in New York City in 1942. Sobol served with the Army Corps of Engineers during World War II and served in the Pacific Theater. Following the war, he attended Oberlin College, where he earned a bachelor's degree. He also attended the New School of Social Research.

He started his professional career as a copy boy for the New York Sun, eventually working his way up to reporter. In 1949, he took a job at the New York Daily News, and worked there for two years. After a brief stint as a buyer at Macy's in New York, he moved to Florida and started writing full time.

He started writing the syndicated series Two-Minute Mysteries in 1959. It proved very popular and ran for more than ten years. In 1963, he started writing his most popular series of books, featuring Leroy "Encyclopedia" Brown. Sobol's Encyclopedia Brown titles have never been out of print and have been translated into twelve languages. In 1975, the Mystery Writers of America honored Sobol and his Encyclopedia Brown series with a Special Edgar Award.

Sobol has written more than 65 books. In addition to the books he has written for children, Sobol has also written a number of nonfiction books on topics ranging from history to investing. He has also written and contributed to magazines under a variety of pen names. His manuscripts are stored at the University of Minnesota, in the Kerlan Collection.