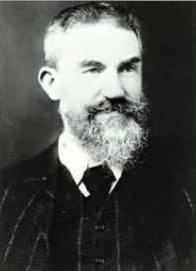 aka G B S
George Bernard Shaw was an Irish playwright. Born in Dublin, he moved to London at the age of twenty and lived in England for the remainder of his life.

Although Shaw's first profitable writing was music and literary criticism, his talent was for drama, and during his career he authored more than sixty plays. Nearly all of his writings deal sternly with prevailing social problems, but are leavened by a vein of comedy to make their stark themes more palatable. Shaw examined education, marriage, religion, government, health care, and class privilege and found them all defective, but his ire was most aroused by the exploitation of the working class; his writings seldom fail to censure that abuse. An ardent socialist, Shaw wrote many brochures and speeches for the Fabian Society. He became an accomplished orator in the furtherance of its causes, which included gaining equal political rights for men and women, alleviating abuses of the working class, rescinding private ownership of productive land, and promoting healthful lifestyles.

Shaw married Charlotte Payne-Townshend, a fellow Fabian, whom he survived. They made their home in Ayot St. Lawrence in a house now called Shaw's Corner. Shaw died there, aged 94, from chronic problems exacerbated by injuries he incurred by falling.