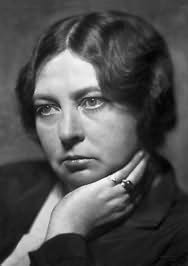 Norway (1882 - 1949)
Undset was born in Kalundborg, Denmark, but her family moved to Norway when she was two years old. In 1924, she converted to Catholicism and became a lay Dominican. She fled Norway in 1940 because of her opposition to Nazi Germany and the German occupation, but returned after the end of World War II in 1945.

Sigrid Undset received the Nobel Prize for Literature in 1928. Most of the praise was for her medieval novels including the trilogy about Kristin Lavransdatter. This trilogy has been translated into more than 80 languages and is among the worlds most read novels.