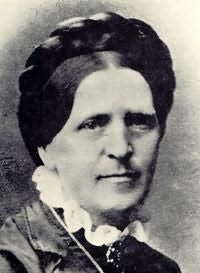 (Johanna Louise Heusser)
Switzerland (1827 - 1901)
Johanna Spyri was born in a Swiss village overlooking the Lake of Zurich and with stunning views of the Alps. She is one of the most famous children's writers in the world but little is known of her life. When asked to write her autobiography, she refused with the words: "The external path of my life is quite simple, and there is nothing special to be mentioned. My inner life was full of storms, but who can describe it?" Although Johanna's childhood was happy she faced great sadness when her only son died at the age of twenty-nine.

Johanna's father was the local doctor and their home was the centre of cultural activity and the root of her love of books. She and her husband continued to mix with literary and artistic people in Zurich where Johanna lived after her marriage and for the rest of her life.

Heidi is often thought to be Johanna Spyri's first book but she had in fact already written widely for both children and adults. Heidi became so famous that everything else was forgotten. It was translated into English soon after it was first published in 1880. Its huge success is perhaps because Heidi faces some of the most basic and important issues of life - the individual versus society, wealth and poverty, sickness and health, etc. This, and Johanna's gifts as a storyteller, have made Heidi one of the most successful children's books of all time.