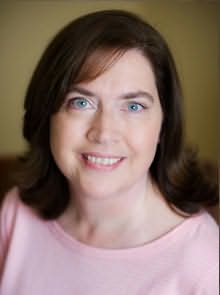 It was in eighth grade English class that Judith realized she wanted to be a writer. Her teacher, who was from, what seemed at the time, the exotic and far off state of Florida, introduced the class to creative writing. Judith was hooked! Finally, there was something interesting in school!

But her first published work was still 20 years away.

Life changed when her family moved to nearby Roanoke, Virginia. On her first day of school, as she was introduced to Miss O'Neal's ninth grade science class, a boy in the back of the room waved both arms in the air and shouted, "She can sit back here!" Judith knew that day her fate was sealed.

Her husband's career in the Air Force took them to California. They had two daughters and Judith worked in mortgage banking and consumer finance lending. Somehow, twenty years passed. With the love and support of her family, Judith's first novel was published in 1988.

Seven long years, and countless rejections later, Judith sold her second novel. A third, then a fourth followed quickly, and she was on her way. By then she was writing full time. To date, she's produced 22 historical novels, with sales topping 2 million copies worldwide. Her titles include Harlequin Historical's Top Seller of the Year, a RITA Award Finalist, and a No.1 on the Barnes & Noble Historical List.

Omnibus
One Christmas Wish (2000) (with Carolyn Davidson and Theresa Michaels (Raine Cantrell))
A Hero's Kiss (2003) (with Mary Burton and Diana Palmer)
Spring Brides (2005) (with Pam Crooks and Cheryl Reavis)
Stay for Christmas (2006) (with Victoria Bylin and Elizabeth Lane)
Stetsons, Spring and Wedding Rings (2009) (with Jillian Hart and Stacey Kayne)
Happily Ever After in the West (2011) (with Lynna Banning and Debra Cowan)
All a Cowboy Wants for Christmas (2012) (with Debra Cowan and Lauri Robinson)

Series contributed to
Return to Tyler
The Nanny (2001)