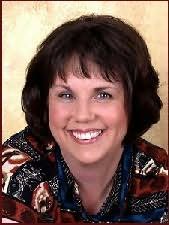 Victoria Bylin writes for Love Inspired Historicals. Her first LIH, The Bounty Hunter’s Bride, was released in May 2008. Prior to joining LIH, Victoria wrote five westerns for Harlequin Historicals. Abbie’s Outlaw was a 2006 Rita Finalist in the Best Short Historical category. Her western romances have also finaled in the Holt Medallion, the National Readers Choice Awards and the Booksellers’ Best Awards.

Vicki really does believe in “happily ever after.” She and her husband have been married forever and have two grown sons. Both are college students who occasionally return to northern Virginia for home-cooked meals. For the rest of the story, check out Vicki’s

Omnibus
Stay for Christmas (2006) (with Elizabeth Lane and Judith Stacy)
The Magic of Christmas (2008) (with Carolyn Davidson and Cheryl St. John)
In a Mother's Arms (2009) (with Jillian Hart)
Brides of the West (2012) (with Janet Dean and Pamela Nissen)
The Bounty Hunter's Bride / Legacy of Secrets (2018) (with Sara Mitchell)
The Hand-Me-Down Family / The Maverick Preacher (2018) (with Winnie Griggs)
In a Mother's Arms / The Widow's Secret (2019) (with Jillian Hart and Sara Mitchell)
Wyoming Lawman / Soaring Home (2020) (with Sherri Shackelford)
The Outlaw's Return / The Protector (2020) (with Carla Capshaw)
Marrying the Major / The Texan's Twin Blessings (2020) (with Rhonda Gibson)

Series contributed to
After the Storm: The Founding Years
3. Kansas Courtship (2010)