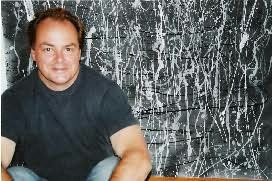 Kris Saknussemm is the author of Zanesville, the first in a series of books called The Lodemania Testament. Described as a "techno-theological post-American monster vaudeville," Zanesville opens in a futuristic Central Park, where the protagonist awakens with no idea of who he is or how he got there. Taken in by freedom fighters and given the name, Elijah Clearfather, he embarks on a journey to discover his identity and his role in this America-gone-wrong: Messiah, reincarnated ex-porn star, futuristic bioweapon, or revolutionary.

Liaisons for Laughs (2009)
Robert Scott Leyse
"Licentious. Salacious. Those rich, naughty, mannered words from another era are given a cunning and contemporary twist in Leyse's reinvigoration of a classic literary form--the epistolary. At a time when so many 'real life' intimacies are overlooked because we're too tired to be seduced or to instigate some imaginative new direction in our mortgage anxious relationships, it's refreshing to be reminded of the pleasures, prurient and also just plain human and often very funny, of overhearing other people's intimacies. Fun and eroticism don't go together nearly often enough. They do in Leyse tit for tat. This is clever, humane, word-sensual writing."