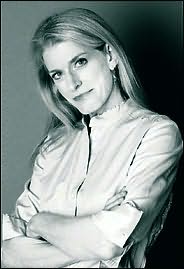 (b.1960)
Marisa Silver is an American author, screenwriter and film director.

Silver was born in Shaker Heights, Ohio, to Raphael Silver, a film director and producer, and Joan Micklin Silver, a director.

Desperate Characters (1970)
Paula Fox
"Fox dissects a marriage and a social class with the sharpest of knives, cannily undermining not only one couple’s false pieties and deceptive comforts but our own as well."

The Study of Animal Languages (2019)
Lindsay Stern
"Written with fearless emotional precision...I'd say that this novel was an auspicious debut were it not for the fact that Stern seems to have appeared fully formed as a writer, alert to our weaknesses, our moral missteps and the ways in which the mind and the heart so often work at cross-purposes."

The End of the Day (2020)
Bill Clegg
"In his utterly absorbing and socially trenchant novel, Bill Clegg's vision is both intimate and grand. He paints precise and unerring portraits of his characters and the dynamics of class that inform their lives while at the same time asking sweeping and urgent questions: What is fate? What responsibilities do we bear for the way in which our actions and our passions alter the course of one another's lives? The novel's shattering resonance emerges from its masterful construction. Clegg leads us, and his characters, toward the discovery of long-buried secrets at the same time that he shows us that the facts of a life do not always add up to the truth."
Visitors to this page also looked at these authors
Holly Messinger
Travis Mulhauser
Tarn Richardson
Matt Sumell
Joe Nelms
Kirsty Wark
Lauren Owen
Dennis Mahoney
Jill Morrow
Dolen Perkins-Valdez
Norman Mailer
Arturo Pérez-Reverte
James Rice
Andrew Neiderman