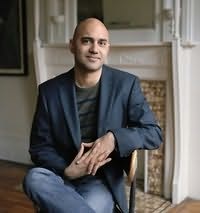 Ayad Akhtar is a novelist, screenwriter, and playwright. Born in New York City and raised in Milwaukee, Wisconsin, he is the author of American Dervish, published in more than 20 languages worldwide and a 2012 Best Book of the Year at Kirkus Reviews, Toronto's Globe and Mail, Shelf-Awareness, and O (Oprah) Magazine. He is also a playwright and screenwriter. His stage play Disgraced played at New York's Lincoln Center Theater in 2012 and won the 2013 Pulitzer Prize for Drama. As a screenwriter, he was nominated for an Independent Spirit Award for Best Screenplay for The War Within. He is a graduate of Brown and Columbia Universities with degrees in Theater and Film Directing.