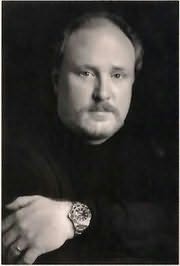 A native of Vredenburgh, Alabama, in Monroe County, Stewart attended Tabor Academy for the first two years of high school but graduated from Wilcox Academy in Camden, Alabama. He received his undergraduate degree from Auburn University. In between school terms, he spent the summers working as a forest technician and farmhand. After graduating from college, he worked as a copy editor for the Atlanta Journal and assisted on a friend's unsuccessful gubernatorial.

In 1985, Stewart enrolled at Cumberland School of Law, where he became an associate editor of the Cumberland Law Review and moot court champion. He was a leadership scholarship recipient and the author of a published case note cited by the Alabama Supreme Court.

After graduating from law school, Stewart was admitted to the Alabama Bar and began work as a corporate attorney, specializing in healthcare law. In the 1990s, he retired from his position as General Counsel of Complete Health, a large healthcare company, and pursued his lifelong dream of writing novels. Stewart lives in Birmingham with his family.