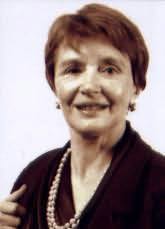 Gwendoline Williams was born on 19th August 1922 in South London, England, UK, daughter of Alice (Lee) and Alfred Edward Williams, her younger twin brothers are also authors. Educated at Lady Margaret Hall, Oxford, where she read History, and later lectured there. On 16th October 1949, she married Dr Lionel Harry Butler (1923-1981), a professor of medieval history at University of St. Andrews and historian, Fellow of All Souls and Principal of Royal Holloway College. The marriage had a daughter, Lucilla Butler.

In 1956, she started to published John Coffin novels under her married name, Gwendoline Butler. In 1962, she decided used her grandmother's name, Jennie Melville as pseudonym to sing her Charmian Daniels novels. She was credited for inventing the "woman's police procedural". In addition to her mystery series, she also wrote romantic novels. In 1981, her novel The Red Staircase won the Romantic Novel of the Year Award by the Romantic Novelists' Association.