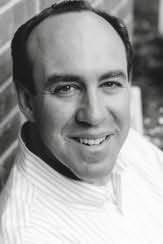 (b.1956)
Jonathan Stone does most of his writing on the commuter train between the Connecticut suburbs and Manhattan, where he is the creative director of a midtown advertising agency. His fifth novel, Moving Day, was published in May 2014. It was a Kindle First selection, and has been optioned for film by Nick Wechsler and Steve Schwartz. His forthcoming novel The Teller, will be published in May 2015.

He has short stories in the two most recent Mystery Writers of America anthologies. His short story "East Meets West," appears in the collection "Ice Cold - Tales of Intrigue from the Cold War," (2104) edited by Jeffery Deaver. And his short story, "Hedge", appeared in the previous MWA anthology, "The Mystery Box", edited by Brad Meltzer (2013).

A graduate of Yale, Jon is married, with a son and daughter in college.