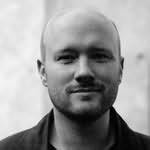 (b.1970)
Olen Steinhauer grew up in Virginia, and has since lived in Georgia, Mississippi, Pennsylvania, Texas, California, Massachusetts, and New York. Outside the US, he's lived in Croatia (when it was called Yugoslavia), the Czech Republic and Italy. He also spent a year in Romania on a Fulbright grant, an experience that helped inspire his first five books. He now lives in Hungary with his wife and daughter.

He has published stories and poetry in various literary journals over the years. His first novel, The Bridge of Sighs (2003), the start of a five-book sequence chronicling Cold War Eastern Europe, one book per decade, was nominated for five awards.

The second book of the series, The Confession, garnered significant critical acclaim, and 36 Yalta Boulevard (The Vienna Assignment in the UK), made three year-end best-of lists. Liberation Movements (The Istanbul Variations in the UK), was listed for four best-of lists and was nominated for an Edgar Award for best novel of the year. The final novel in the series, Victory Square, published in 2007, was a New York Times editor's choice.

With The Tourist, he has left the Cold War behind, beginning a trilogy of spy tales focused on international deception in the post 9/11 world. Happily, George Clooney's Smoke House Films has picked up the rights, with Mr. Clooney scheduled to star.

An Honorable Man (2016)
(George Mueller, book 1)
Paul Vidich
"An Honorable Man is an unputdownable mole hunt written in terse, noirish prose, driving us inexorably forward. In George Mueller, Paul Vidich has created a perfectly stoic companion to guide us through the intrigues of the red-baiting Fifties. And the story itself has the comforting feel of a classic of the genre, rediscovered in some dusty attic, a wonderful gift from the past."