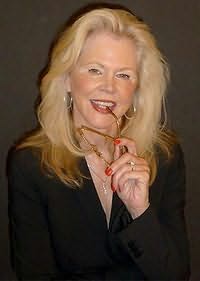 Nancy Cole Silverman enjoyed a long and very successful career in radio before turning to print journalism and later, to fiction.

As a graduate of Arizona State University with a degree in Mass Communications, Nancy was one of the first female on-air television reporters in her hometown of Phoenix.After moving to Los Angeles in the late 1970s she turned to the business side of broadcasting, becoming one of the top advertising sales executives in the market.After stints at KNX, KFWB, KABC and KXTA radio, she was appointed General Manager at KMPC, making her one of only two female managers in Americas second-largest radio market.

But in her heart of hearts, Nancy thought first of herself as a writer.In 2001 she left the radio business to found and edit The Equestrian News,a monthly publication for equine enthusiasts.Thats when I really began to write, said Silverman, toggling between writing articles for the News and fiction Id been thinking about for years.

Today Nancy is a full-time author. Her new series, The Carol Childs Mysteries, with Henery Press, is available in bookstores and online.