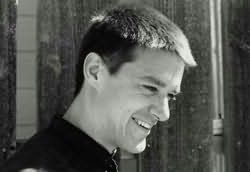 Canada (b.1965)
Sean Stewart is a U.S.-Canadian science fiction and fantasy author.

He received an Honors degree in English from University of Alberta in 1987, following which he spent many years writing novels. He gradually moved from writing novels to interactive fiction, first as lead writer on the Web based Alternate Reality Game The Beast.

He served as a consultant on several computer games, and was on the management team of the 4orty2wo Entertainment experiential marketing and entertainment company, where he was lead writer for Haunted Apiary aka ilovebees and Last Call Poker. His newest novel Cathy's Book seems to represent the melding of his two careers, as it crosses the alternate reality game format with a teen novel. In 2007, he and several 4orty2wo co-founders left that company to start Fourth Wall Studios.