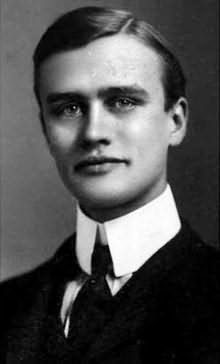 (1881 - 1965)
A pioneer figure in the Southern Renaissance, Thomas Sigismund Stribling was the first Tennessean to receive the Pulitzer Prize for literature (for his 1932 novel, The Store). Yet because his work defies easy categorization, it has not received the lasting appreciation it deserves.

Stribling's work ranged from southern literary fiction to detective stories, from religious and moral tales to science fiction and adventure. He often wrote about important social issues that affected America during the first half of the twentieth century. In Birthright, for example, he demonstrates the ways the system of Jim Crow segregation kept African Americans from achieving racial and social equality, while Teeftallow and Bright Metal detail the stagnation of closed-mindedness and poor white mentality in a rural community. And Stribling's literary trilogy, which includes The Forge, The Store, and Unfinished Cathedral, concentrates on the destructive influence of rampant materialism upon a southern family and community. Between novels, Stribling wrote numerous short stories for such diverse publications as Adventure, Saturday Evening Post, and Ellery Queen's Mystery Magazine, for which he penned a popular series featuring Dr. Henry Poggioli, a psychologist and amateur detective who often solved the case just a little too late.
Series
Dr. Poggioli
Clues of the Caribbees (1929)
Best Dr. Poggioli Detective Stories (1975)