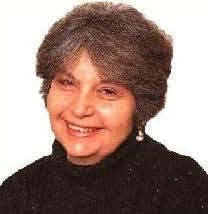 Alison Taylor never intended to be a crime writer.In 1986 she was working as a senior social worker for the former Gwynedd County Council. Increasingly disturbed by reports of the alleged abuse of children in care, she took her concerns to the police. As a result she was fired. What her actions have helped to expose is one of Britain's worst scandals of institutionalised physical and sexual abuse in children's homes in North Wales.Because of the extent and nature of the allegations, in 1996 the government took the rare step of ordering a Tribunal of Inquiry, which began hearing evidence in January 1997, and is due to report this year.Alison Taylor won two national awards for her selfless work in this area; the first Community Care Readers Award, and the Campaign for Freedom of Information Award in 1996.Disillusioned by the prospect of returning to social work, Alison concentrated on writing. Her first novel Simeon's Bride evolved from a short story written for a national competition and was published in 1995. It won her outstanding critical acclaim and comparisons to PD James and Ruth Rendell. Her second novel In Guilty Night was a compelling story containing the controversial issue of child abuse. And most recently, The House of Women was published in 1998, again to widespread acclaim from the media. A television series featuring Superintendent Michael McKenna is currently under negotiation.

Alison Taylor has a son and a daughter, and has lived in north Wales for many years. Her interests include baroque and classical music, art and riding.