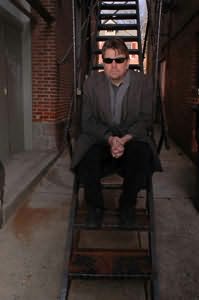 Dennis Tafoya was born in Philadelphia and attended Oberlin College. He dropped out and worked a series of jobs, including housepainter, hospital orderly and EMT before starting a career in industrial sales. He began writing poetry, publishing stories in journals, and then started work on Dope Thief, his first novel, which will be published by St. Martin's in May 2009. His second novel will also be published by St. Martin's. He is a member of the Mystery Writers of America, the International Thriller Writers, and the Liars Club, a Philadelphia-area writers group. He lives in Doylestown, Pennsylvania, where he is currently at work on his third novel, Black Horse Pike.
Novels
Dope Thief (2009)
The Wolves of Fairmount Park (2010)
The Poor Boy's Game (2014)