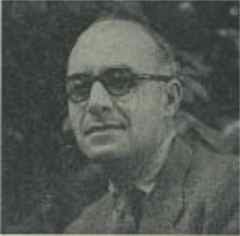 (1911 - 1966)
Henry Treece had an impressive career as teacher, historian, actor, editor and author. His published work included critical essays, poems and a fictional cycle of prehistoric Britain. An English poet and historical novelist whose ability to bring the ancient world to life in fiction makes his work especially appealing to young readers. As a poet he - together with J.F. Hendry - was a founder of the New Apocalypse movement, a reaction against the politically oriented, machine-age literature and realist poetry of the 1930s. Treece was educated at Birmingham University. He became a schoolteacher, and later he served as intelligence officer in the Bomber Command during World War II.
Series
Celtic Tetralogy
1. The Invaders (1956)
aka The Golden Strangers
2. The Dark Island (1952)
3. The Pagan Queen (1958)
aka Red Queen, White Queen
4. The Great Captains (1956)