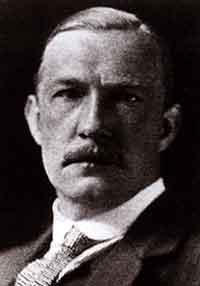 (1872 - 1961)
Onions is best known for his supernatural fiction and is regarded by many as one of the twentieth century masters of the genre. His ghost stories are notable for their depth of psychological insight, elegant writing and sophisticated plots. 'The Beckoning Fair One' (1911) is regarded by many as one of the greatest English tales of the supernatural but has overshadowed Onions' other work in the genre which some consider of equal, if not greater, importance. In fact, the majority of the author's supernatural fiction is of an extremely high standard and is notable for its originality, subtlety and careful characterizations which lift it well above the average. Although Onions' ghost fiction is traditional in form, he concentrates more fully than his contemporaries upon his characters' inner feelings and physical reaction when faced with the seemingly inexplicable. A common theme is the gradual breakdown of an individual's personality following the realization that the supernatural is not confined to the haunted castles of the past but flourishes in the contemporary everyday world. Interestingly, Onions was a great pragmatist and did not believe in ghosts or occult agencies of any sort. It is therefore testament to his writing skills that he so convincingly conveys supernatural atmosphere and events.
Series
Whom God Hath Sundered
1. In Accordance with the Evidence (1912)
2. The Debit Account (1913)
3. The Story of Louie (1913)