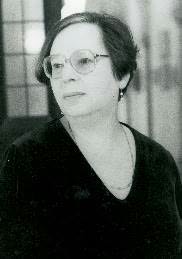 Israel (b.1944)
Adèle Geras was born in Jerusalem in 1944 and spent her early childhood in many different countries because her father was in the Colonial Service. Before she was eleven, She'd lived in Cyprus, Nigeria, and North Borneo and later her parents were also sent to the Gambia and Tanganyika (now Tanzania) where she used to join them for summer holidays. She went to boarding-school in England (Roedean School, Brighton) in 1955 and went on to read French and Spanish at St. Hilda's College, Oxford. She graduated in 1966. She has been an actress and singer and a teacher of French in a girls' school in Manchester before becoming a full-time writer in 1976. Since then, she has published more than ninety books for children and young adults. She has also written four novels for adults, all published by Orion. She now lives in Cambridge and has two grown-up daughters and three grandchildren.

Saving Rafael (2009)
Leslie Wilson
"A fascinating portrait of a place and of people who don't get written about very much and who are endlessly interesting: the rescuers."

Seven Days of Us (2017)
Francesca Hornak
"Touching, funny, emotionally intelligent, Seven Days of Us is pure pleasure from beginning to end. It's stylishly written and totally engrossing. I really, really loved it."

Close to Home (2017)
(DI Fawley Thriller, book 1)
Cara Hunter
"This book won't let you off the hook. Once you open it and start reading, forget about doing much else at all."

Amber & Clay (2021)
Laura Amy Schlitz
"An original, intriguing, and beautifully worked-out story that brings the ancient past most vividly to life. Top marks for great illustrations, too."