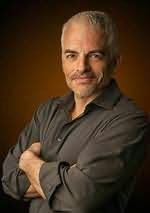 (b.1963)
Neely Tucker was born in Holmes County, Mississippi, then the poorest county in the poorest state in America.
He has since worked in more than sixty countries or territories across the world and currently writes for The Washington Posts Sunday Magazine. His memoir, Love in the Driest Season, was named one of the best 25 Books of 2004 by Publishers Weekly, the American Booksellers Association, the New York City Library and won numerous other awards.