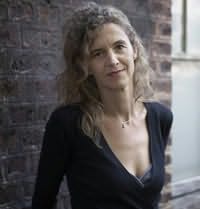 France (b.1966)
Delphine de Vigan is an award-winning French novelist. She has published several novels for adults. Her breakthrough work was the book No et moi (No and Me) that was awarded the Prix des Libraires (The Booksellers' Prize) in France in 2008.
In 2011, she published a novel Rien ne s'oppose a la nuit (Nothing holds back the night) that is dealing with a family coping with their mother's bipolar disorder. In her native France, the novel brought her a set of awards, including the prix du roman Fnac (the prize given by the Fnac bookstores) and the prix Renaudot des lycéens.