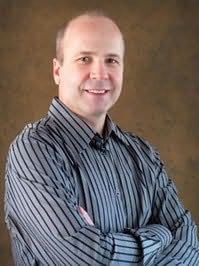 Camron Wright was born and raised in Salt Lake City, Utah. He has a masters degree in Writing and Public Relations from Westminster College.

He has owned several successful retail stores, in addition to working with his wife in the fashion industry, designing for the McCall Pattern Company in New York.

He currently works in public relations, marketing and design.

Camron began writing to get out of attending MBA School at the time and it proved the better decision. Letters for Emily was a Readers Choice award winner, as well as a selection of the Doubleday Book Club and the Literary Guild. In addition to North America, Letters for Emily was published in several foreign countries.

Camron lives with his wife, Alicyn, in Utah, just south of Salt Lake City, at the base of the Wasatch mountains. He is the proud father of four children.

Novellas
Sarann and the Prince of Angkor (2013)