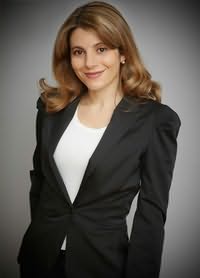 Author and broadcaster Hallie Rubenhold was born in Los Angeles, California to a British father and an American mother and has spent much of her life between the UK and the US.

Hallie received her B.A. in History from the University of Massachusetts, Amherst and an M.A. in British History and History of Art from the University of Leeds. Remaining at Leeds, she embarked on her studies for a PhD and later completed her thesis on the subject of marriage and child-rearing in the eighteenth century.

Before making a full-time commitment to her computer keyboard, she pursued a more visually stimulating career in the world of museums and galleries, working for a Bond Street art dealer and as a curator at the National Portrait Gallery in London. Hallie has also taught university courses on the history of London and on eighteenth-century painting, and has lectured widely on a variety of aspects of British social, literary and art history in the Stuart and Georgian periods (1660 1830); covering a range of subjects from the country house to prostitution.